Creating Your Own Custom Controls Using IBDesignable in Xcode 6

Have you tried to create a custom control in older versions of Xcode? It’s not that easy. What makes it so hard is that you couldn’t see your design in the Interface Builder. Every time you want to review the design changes, you can only test the control in the simulator. That’s troublesome. You would probably need to spend hours and hours on designing a single component.

With the release of Xcode 6, Apple introduced a new feature known as IBDesignable and IBInspectable for developers to build custom controls and allowed us to live preview the design right in the Interface Builder. Quite obviously, this is a huge productivity benefit.

In this tutorial, I will give you an introduction to IBDesignable and IBInspectable, and show you guys how to take advantage of the new feature. There is no better way to elaborate a feature than creating a demo. So we will build a custom interface called “Rainbow” together. With IBDesignable and IBInspectable, developers are allowed to create interface (or view) that renders in Interface Builder in real time. In general, to apply this new feature, all you need to do is create a visual class by subclassing UIView or UIControl and then prefix the class name with @IBDesignable keyword in Swift. If you are using Objective-C, you use IB_DESIGNABLE macro instead. Here is a sample code in Swift:

In older versions of Xcode, you can edit the user-defined runtime attributes to change properties of an object (e.g. layer.cornerRadius) in Interface Builder. The problem is you have to key in the exact name of the properties. IBInspectable takes a step forward. When you prefix a property of the visual class with IBInspectable, the property will be exposed to the Interface Builder such that you can change its value in a much straightforward way: Again if you are developing your app in Swift, what you have to do is just prefix your chosen property with the keyword @IBInspectable. Here is a sample code snippet:

Getting confused? No worries. You will understand what I mean after going through the project demo.

Let’s get started by creating a new project in Xcode and choose Single View Application as a template, and name it RainbowDemo. We will use Swift in this project as the programming language, so don’t forget to choose it when creating the project.

Once finished, select the Main.storyboard in the Project Navigator and drag a View object from the Object Library to the View Controller. Change its color to #38334C (or whatever color you want) as well as set its size to 600 by 434. Then put it in the center of the main view. Don’t forget to change the color of the main view to the same color of the view object.

Tip: If you want to change the RGB Color values for your code, just open up your Color Palette and switch to the Sliders tab to alter the RGB values.

Now that you’ve created the view in storyboard, it’s time to create our custom view class. We’ll use the Swift class template for the class creation. Name it “Rainbow”. Then insert the following code in the class:

As mentioned before, the visual class is a subclass of UIView. In order to use our custom class in live rendering, we need to override both initializers as shown above. Next split the view by selecting the assistant editor:

Once done, select the main storyboard in the assistant editor, so you can see what you are building in real time. Remember to change the class name of the view to “Rainbow” under the Identity inspector:

The first step to enable a control for live rendering is to set the custom view as Designable by prefixing the class name with @IBDesignable:

It’s kinda simple as you can see. But this simple keyword would make your development much easier. Next, we will add a few properties for setting the colors of the circles. Insert these lines of code in the Rainbow class:

Here, we predefine each property with a default colour, and tell it to redraw the view each time a user changes its value. Most importantly, we prefix each property with the @IBInspectable keyword. If you go to the Attributes inspectable of the view, you should find these properties visually:

Cool, right? By indicating the properties as IBInspectable, you can edit them visually using color picker.

Okay let’s move to implement the main methods of the Rainbow class, which is used to draw a circle on the screen. Insert the following method in the class:

To make the code clean and readable, we create a common method for drawing a full or half circle according to the parameters provided by the caller. It’s pretty straightforward to draw a circle or an arc using CAShapeLayer class. You can control the start and end of the stoke using the strokeStart and strokeEnd properties. By varying the value of stokeEnd between 0.0 and 1.0, you can draw a full or partial circle. The rest of the properties are just used to set the color of a stroke, shadow color, etc. You can check out the official documentation for details of all the properties available in CAShapeLayer.

Next, insert the following methods in the Rainbow class:

The addCircle method makes use of UIBezierPath to draw the arcs and it works like this:

In the drawRect method, we call the addCircle method three times with different radius and color. This figure illustrates how the circles are drawn:

Tip: If you need more information about UIBezierPath, you can check out Apple’s official documentation.

With the IBInspectable properties, you are now free to change the color of each circle right in the Interface Builder without diving into the code: Obviously, you can further expose arcRadius as an IBInspectable property. I’ll leave it as an exercise for you. After going through this tutorial, I hope that you now understand how to use both IBDesignable and IBInspectable in Xcode 6. With the real-time preview in the Interface Builder, this new feature would allow you to create custom componenents in a more effcient way.

A Beginner’s Guide to NavigationSplitView in SwiftUI for iOS 16 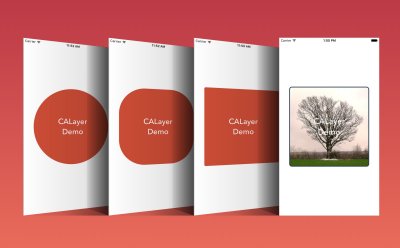 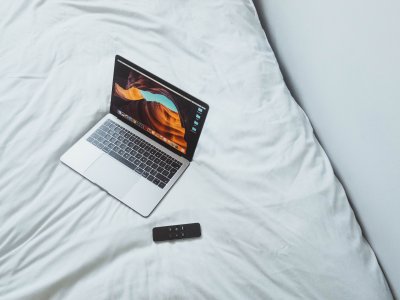 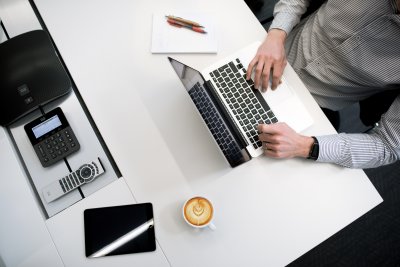