In the first part of the tutorial series, you have learned all you need to know about scenes, nodes, labels and points in SpriteKit by centering a label on the screen. In this part, you will move the label when you tap the screen using new SpriteKit concepts:

Note: This tutorial assumes that you have already done the first part and you are working on the sample project which you have created there. If you haven’t, download the starter project that covers all the key concepts presented so far and go on from there.

Adding a Gesture Recogniser to the Scene

You are going to add a gesture recogniser to the scene so that the label moves whenever you tap anywhere on the screen. Add the following block of code to the didMove(to:) method in the GameScene.swift file right after you add the label to the scene:

You create a tap gesture recognizer as an instance of the UITapGestureRecognizer class and add it to the scene’s view. The gesture recognizer’s target is the scene itself and its action is a selector associated with the tap(recognizer:) method that you will add to the GameScene class later on.

Note: Xcode displays an error at this point: Use of unresolved identifier “tap” because you haven’t implemented the tap(recognizer:) method yet. We will fix that soon.

Now add the tap(recognizer:) method’s prototype to the GameScene class:

The previous error is fixed, but nothing happens when you actually tap the screen. Time for your first action!

Note: You can read more about how selectors work in Swift in my article here.

An SKAction object is an action that is executed by a node in the scene. Basically, you are allowed to use an action to change a node’s properties, such as its position, rotation, or scale. Therefore to move the label, add the following block of code inside the tap(recognizer:) method:

There’s quite a lot going on here, so let’s break it into steps:

The movement action isn’t associated with any node by default, so you can use it on any other nodes in your scene as well. We will keep things simple and stick to only one for now.

Now run the project and tap anywhere on the screen. The label moves to its corresponding location:

You can also move a node by a certain amount from its current position – replace lines 3 and 4 from above with the following block of code:

You first create a “move by” action with the moveBy(x: y: duration:) static method from the SKAction class. The action declares a one second animation which moves a node by the difference between the tap’s location and its current position on each axis. You then associate the label with its corresponding action just like before.

Build your project and tap anywhere on the screen – the label moves to its corresponding location as in the previous case.

The “move by” action isn’t as straightforward as its “move to” counterpart, but it has one major advantage: it can be reversed. To do that, we will need to build the first sequence of actions!

This is what’s going on over here, step by step:

You can reverse a sequence as well – both the order of its corresponding actions and the actions themselves are reversed in this case.

Now run the project and tap anywhere on the screen. The label first moves to the tap location then just goes straight back in place to its original position.

Note: You may think of the reverse action as the inverse function and the previous sequence as function composition in Maths.

Sequences are powerful by themselves, but they only repeat their corresponding actions once. Let’s take everything to the next level with sequence loops!

You can repeat a given sequence, either for a certain number of times or forever. Delete the line of code that runs the movement sequence and replace it with the following block of code:

You create a repeating sequence with the repeat(_: count:) static method from the SKAction class. It repeats the previously defined movement sequence for five times and you run it on the label the same way as you would do with any other sequence.

Sequences are just actions under the hood, so you can always repeat an action instead of a sequence of actions if you need to do so. Both repeated sequences and actions may be reversed – the reversed sequence or action is repeated in this case.

Now build the project and tap anywhere on the screen. The label moves backwards and forwards between the tap location and its initial position for three times.

Repeating a sequence many times is cool and all, but repeating it forever is way cooler, so go ahead and delete the whole block of code that you have just added and replace it with the following:

Run your project and tap anywhere on the screen. The label moves back and forth without stopping at all like crazy – how cool is that! 🙂

That’s all about movement. In the next parts of the tutorial series, you will learn all you need to know about scaling and rotating the label whenever you tap the screen. Stay tuned and in the meantime if you have any questions or issues, please let me know!

For reference, you can download the sample project on GitHub.

Cosmin Pupăză blogs about Swift and iOS development at cosminpupaza.wordpress.com and on the Swift tutorial teams at raywenderlich.com and appcoda.com. When not coding, he plays the guitar or studies WW2 history. You can contact him at [email protected], on Facebook, Twitter and Google+. 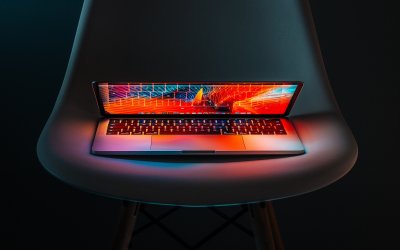 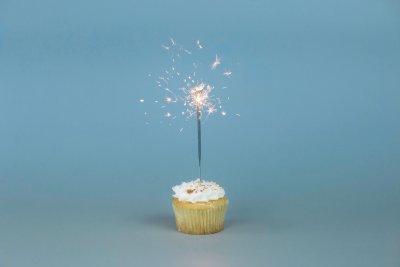