A Beginner’s Guide to SwiftUI Buttons

I don’t think I need to explain what a button is. It’s a very basic UI control that you can find in all apps and has the ability to handle users’ touch, and trigger a certain action. If you have learned iOS programming before, Button in SwiftUI is very similar to UIButton in UIKit. It’s just more flexible and customizable. You will understand what I mean in a while. In this tutorial, I will go through with you this SwiftUI control and you’re to learn the following techniques:

Note: If you’re new to SwiftUI, please check out the introductory tutorial first.

Editor’s note: This tutorial has been updated for Xcode 11 beta 6.

Okay, let’s start with the basics and create a simple button using SwiftUI. First, fire up Xcode and create a new project using the Single View Application template. Type the name of the project. I set it to SwiftUIButton but you’re free to use any other name. All you need to ensure is check the Use SwiftUI option.

Once you save the project, Xcode should load the ContentView.swift file and display a preview in the design canvas. In case the preview is not displayed, you can click the Resume button in the canvas.

Creating a Simple Button with SwiftUI

When creating a button, you need to provide two code blocks:

For example, if you just want to turn the Hello World label into a button, you can update the code like this:

Now the Hello World text becomes a tappable button as you can see it in the canvas.

The button is now non-tappable in the design canvas. To test it, click the Play button to run the app. However, in order to view the Hello World tapped message, you have to right-click the Play button and then choose Debug Preview. You will see the message on the console when you tap the button.

Customizing the Button’s Font and Background

After the change, your button should look like the figure below.

As you can see, the button doesn’t look very good. Wouldn’t it be great to add some space around the text? To do that, you can use the padding modifier like this:

After you made the change, the canvas should update the button accordingly. The button should now look much better.

The Order of Modifiers is Important

One thing I want to highlight is that the padding modifier should be placed before the background modifier. If you write the code like below, the end result will be different.

If you place the padding modifier after the background modifier, you can still add some paddings to the button but without the preferred background color. If you wonder why, you can read the modifiers like this:

Conversely, the modifiers will work like this if the padding modifier is placed before the background modifier:

Adding Borders to the Button

It doesn’t mean the padding modifier should always place at the very beginning. It just depends on your button design. Let’s say, you want to create a button with borders like this:

You can change the code of the Text control like below:

Here we set the foreground color to purple and then add some empty paddings around the text. The border modifier is used to define the border’s width and color. Please feel free to alter the value of the width parameter to see how it works.

Let me give you another example. Let’s say, a designer shows you the following button design. How are you going to implement it with what you’ve learned? Before you read the next paragraph, please give yourself a few minutes to figure out the solution.

Okay, here is the code you need:

We use two padding modifiers to create the button design. The first padding, together with the background modifier, is for creating a button with padding and purple background. The padding(10) modifier adds extra paddings around the button and the border modifier specifies to paint a rounded border in purple.

Let’s see a more complex example. What if you want to design the button with rounded borders like this?

SwiftUI comes with a modifier named cornerRadius that lets you easily create rounded corners. To render the button’s background with rounded corners, you can simply use the modifier and specify the corner radius like this:

For the border with rounded corners, it’ll take a little bit of work since the border modifier doesn’t allow you to create rounded corners. So, what we need to do is to draw a border and overlay it on the button. Here is the final code:

The overlay modifier lets you overlay another view on top of the current view. In the code, what we did was to draw a border with rounded corners using the stroke modifier of the RoundedRectangle object. The stroke modifier allows you to configure the color and line width of the stroke.

Creating a Button with Images and Text

So far, we only work with text buttons. In a real world project, you or your designer may want to display a button with an image. The syntax of creating an image button is exactly the same except that you use the Image control instead of the Text control like this:

For convenience, we use the built-in SF Symbols (i.e. trash) to create the image button. We specify to use .largeTitle in the font modifier to make the image a bit larger. Your button should look like this:

Similarly, if you want to create a circular image button with a solid background color, you can apply the modifiers we discussed earlier. The figure below shows you an example.

You can use both text and image to create a button. Say, you want to put the word “Delete” next to the icon. Replace the code like this:

Here we embed both the image and the text control in a horizontal stack. This will lay out the trash icon and the Delete text side by side. The modifiers applied to the HStack set the background color, paddings, and round the button’s corners. The figure below shows the resulting button.

Creating a Button with Gradient Background and Shadow

With SwiftUI, you can easily style the button with gradient background. Not only can you a specific color to the background modifier, you can easily apply a gradient effect for any buttons. All you need to do is to replace the following line of code:

The SwiftUI framework comes with several built-in gradient effect. The code above applies a linear gradient from left (.leading) to right (.trailing). It begins with red on the left and ends with blue on the right.

If you want to apply the gradient from top to bottom, you can change the line of code like this:

You’re free to use your own colors to render the gradient effect. Let’s say, your designer tells you to use the following gradient (A sample gradient from uigradients.com):

There are multiple ways to convert the color code from hex to the compatible format in Swift. Here I’m going to show one of the approaches. In the project navigator, choose the asset catalog (i.e. Assets.xcassets). Right click the blank area (under AppIcon) and select New Color Set.

Next, choose the color well and click the Show inspector button. Then click the Attributes inspector icon to reveal the attributes of a color set. In the name field, set the name to DarkGreen. In the Color section, change the input method to 8-bit Hexadecimal.

Now you can set the color code in the Hex field. For this demo, enter #11998e to define the color. Repeat the procedures to define another color set for #38ef7d. You can name the color set LightGreen.

Now that you’ve defined two color sets, let’s go back to ContentView.swift and update the code. To use the color set, you just need to specify the name of the color set like this:

Therefore, to render the gradient with the DarkGreen and LightGreen color sets, all you need is update the background modifier like this:

If you’ve made the change correctly, your button should have a nice gradient background as shown in figure below.

There is one more modifier I want to show in this section. The shadow modifier allows you to draw a shadow around the button (or any views). Just add this line of code after the cornerRadius modifier and see the result:

Optionally, you can control the color, radius, and position of the shadow. Here is the sample code:

The code is very similar to the one we just wrote, except that we added the frame modifier before padding. Here we define a flexible width for the button. We set the maxWidth parameter to .infinity. That means the button will fill the width of the container view. In the canvas, it should now show you a full-width button.

By defining maxWidth to .infinity, the width of the button will be adjusted automatically depending on the screen width of the device. If you want to give the button some more horizontal space, insert a padding modifier after .cornerRadius(40):

In this tutorial, I gave you an introduction to the Button control of SwiftUI. The power of this new framework allows developers to easily build flexible button controls with a few lines of code. In the next SwiftUI tutorial, we will dive deeper to animate a button tap and create a reusable button style.

A Beginner’s Guide to SiriKit in Swift 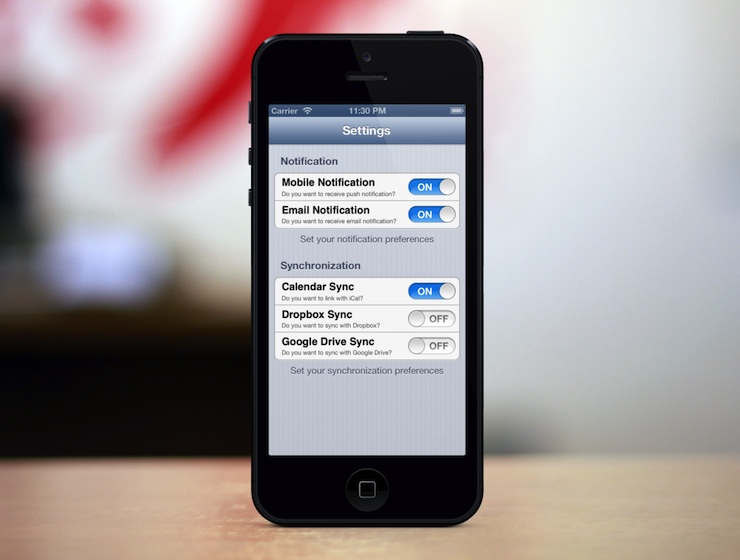 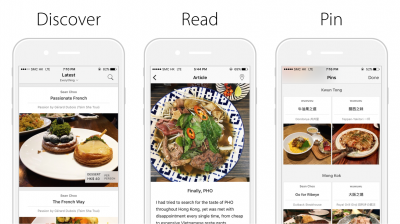 Building a Custom Content View with UITableView and MapKit 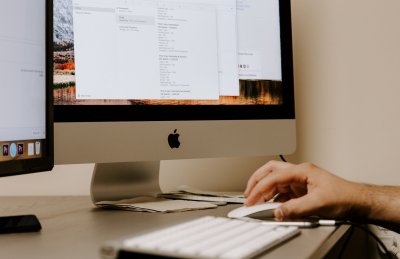